'Outside, the wind in the trees and the whistling of the birds is all you hear. Wonderful!'
Home

't Boshuis Hopman
In the middle of the dunes of Schoorl

Schoorl, Noord-Holland
Up to 4 persons
Comfortlevel: 5 classification
Date of arrival
Date of departure

The prices on this page are inclusive administration costs, final cleaning costs, firewood and made beds and exclusive tourist tax.

This house, named after the Hopman family who lived there until 2015, has long served as a carriage house. Resident Jaap Hopman, employed by Staatsbosbeheer, used a horse to drag the cut wood out of the forest. His son, Rinus later took over this task from his father. The horse stayed in the stable next to the house. The stable burned down in the last century. 't Boshuis Hopman has now been rebuilt and refurbished where necessary into a four-bed holiday home.

Vacationing here is beautiful and peaceful. The tranquility here is almost palpable, although birds such as the robin, blackbird, song thrush, wren, goldfinch, pouter, hedge sparrow sing “at the top of their lungs”. The hawk and buzzard can also be spotted here. The Schoorl Dunes, one of the first nature reserves to be managed by Staatsbosbeheer since 1900, is thus a paradise for bird lovers. But children can also get their fill here. Not only is the widest dune in the Netherlands to be found here, the highest dune in our country is also located here. The Klimduin of Schoorl is 51 meters high. Also unique to this dune area are the moors that bloom a beautiful purple in late summer. In the period before that, in June and July, a white carpet emerges: tens of thousands of pine orchids are in bloom.

The nearby Buitencentrum Schoorlse Duinen has a wealth of information about the area in the form of maps, books and brochures. Want to do something active? Beautiful hiking and biking trails start from here. Prefer to wander around on your own? In a few places it is possible to get off the trails to go on your own adventure. Or follow the hiking route and start your own wanderlust along the way.

This vacation home is suitable for 4 people. After entering the hall, you have the living room and bathroom with shower, bathtub and separate toilet. The living room which is homely furnished can be heated by the wood stove. The kitchen is equipped with an induction hob, oven and microwave. On the first floor is also the bedroom with a double bed. On the second floor there is the other bedroom with 2 single beds and a toilet. A crib is available in the house.

Outside, you can take a fresh shower under the outdoor shower. The garden features a decking area with a table and adjustable chairs. In the barn (electric) bicycles can be stored and charged.

Is 't Boshuis Hopman occupied orare you exploring the coast with a larger group? Then look at the Sylvestris and the Blauwe Reiger, which are also located in the Schoorl Dunes.

A wonderful holiday in all seasons 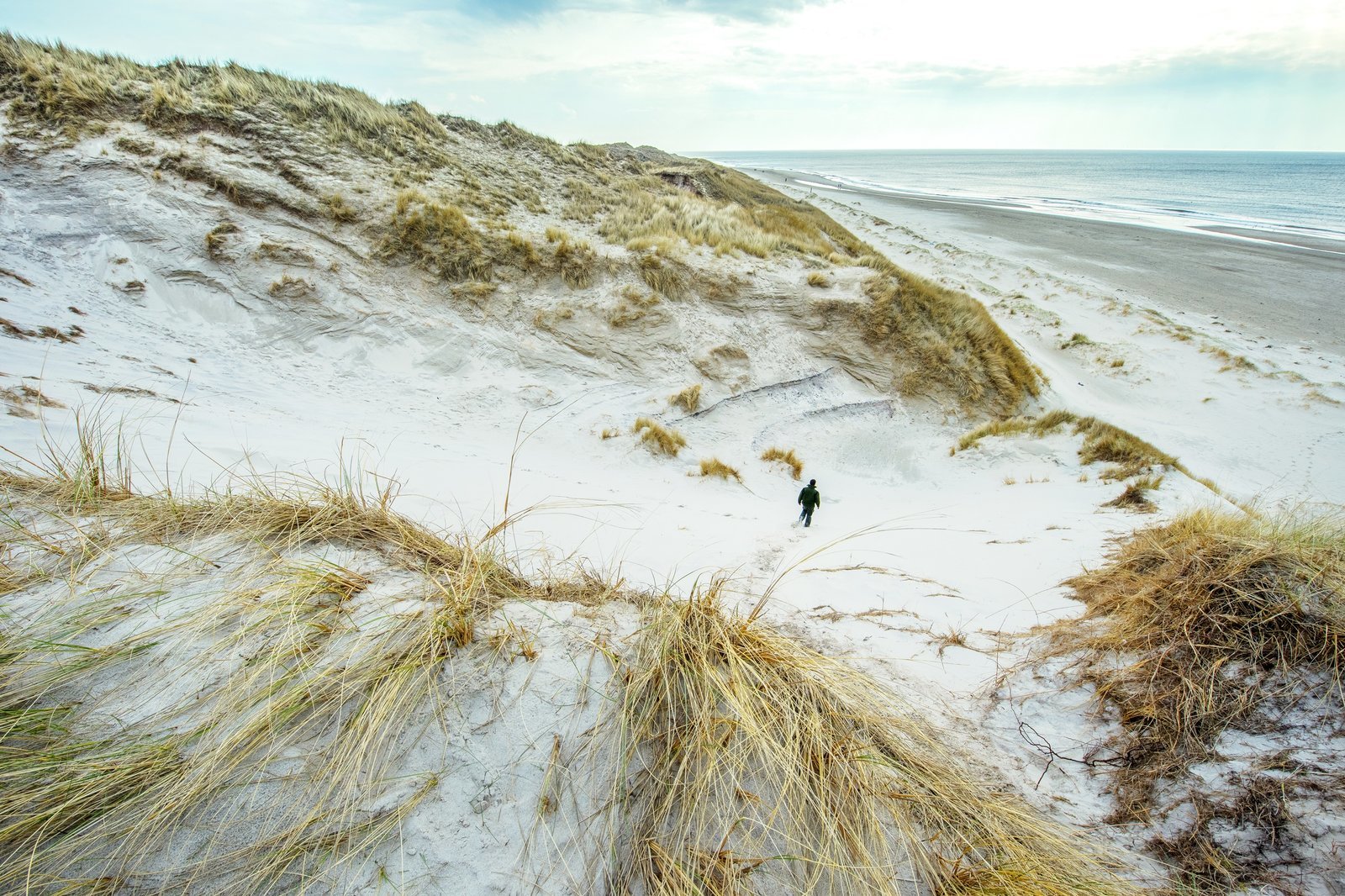